In the ongoing tug-of-war between the forces driving bitcoin over $20,000 and those dragging it below.  Bitcoin price was recently trading at about $21,100, a more than 5% increase over the past 24 hours that helped the largest cryptocurrency regain much of the ground lost the previous day. At the time of writing, BTC is changing hands for $21,237.

Bitcoin traded at $20,900 in the afternoon, while some altcoins surged on positive news and improved sentiment.

“The amount of unique addresses interacting on Bitcoin’s network hasn’t fallen off nearly as much as it may seem after a near 70% price retracement since November. The divergence between active addresses and price was last this high in December 2020”, Santiment reported. 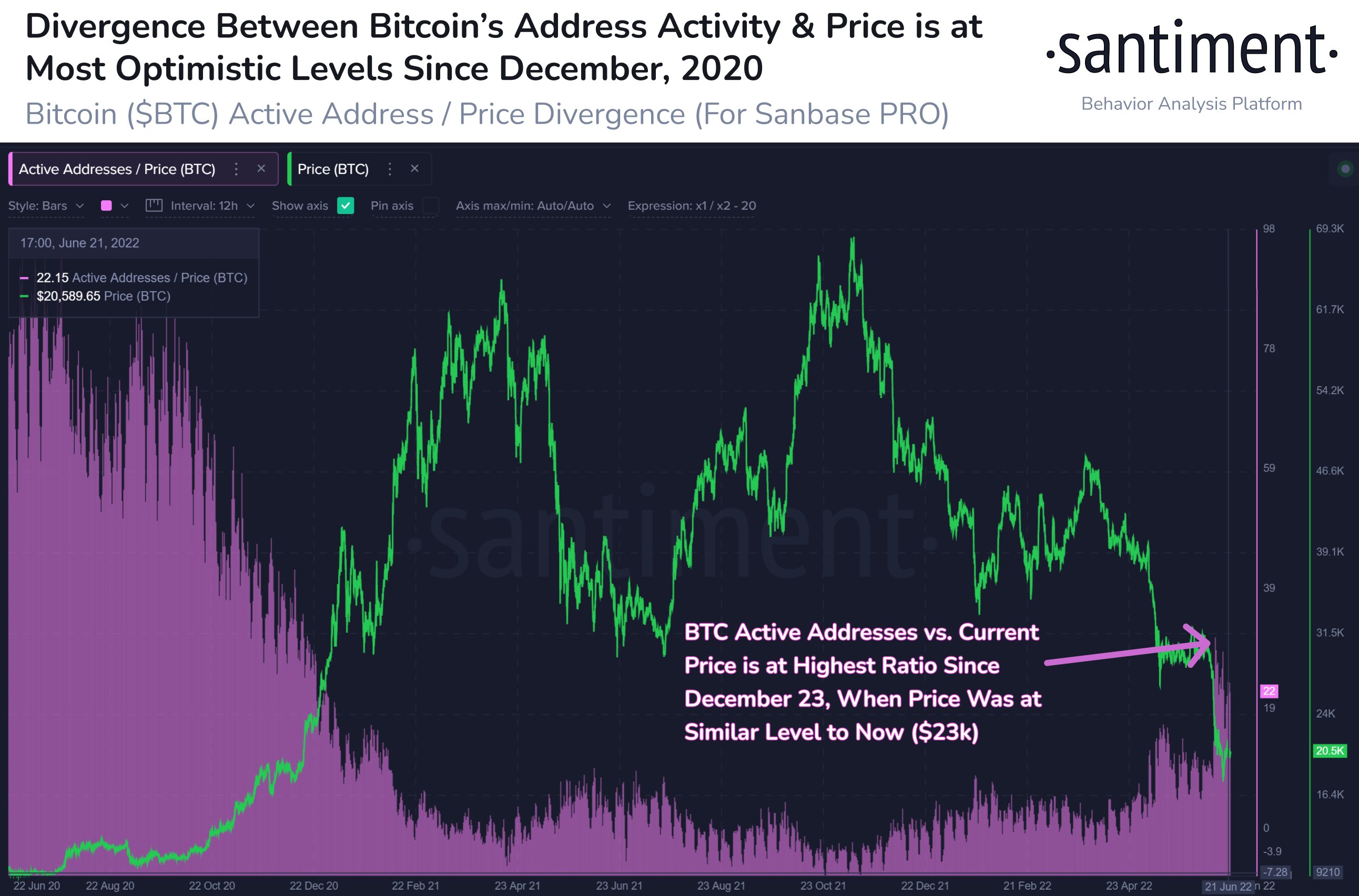 While ether (ETH), the second-largest cryptocurrency by market capitalization, was up about 5.5% at above $1,100. Other major altcoins assumed various shades of green with STORJ and POLY assuming two of the darkest hues, rising more than 30% and 20%, respectively at one point. MATIC, the native token of Ethereum-scaling platform Polygon, jumped 19% in the last 24 hours after Polygon introduced improved privacy for decentralized autonomous organizations (DAOs) on its network. The Cosmos network’s token, ATOM, gained 12% after decentralized exchange dXdY announced it would build its own blockchain with Cosmos, ditching Ethereum.

The overall cryptocurrency market cap stands at $942 trillion, and Bitcoin’s dominance rate is 43%.