The end of the work week saw another anomaly in the XRP network. According to Santiment, XRP trading volumes consistently rose until first reaching 17.5 billion XRP and then breaking the record by reaching 18.6 billion an hour later.

“XRP Network saw a major anomaly to end the week, with a rapid surge up to 18.7B in $XRP trading volume in the final hour of Friday (UTC time). This may be worth monitoring for some unordinary upcoming weekend price action”, Santiment reported. 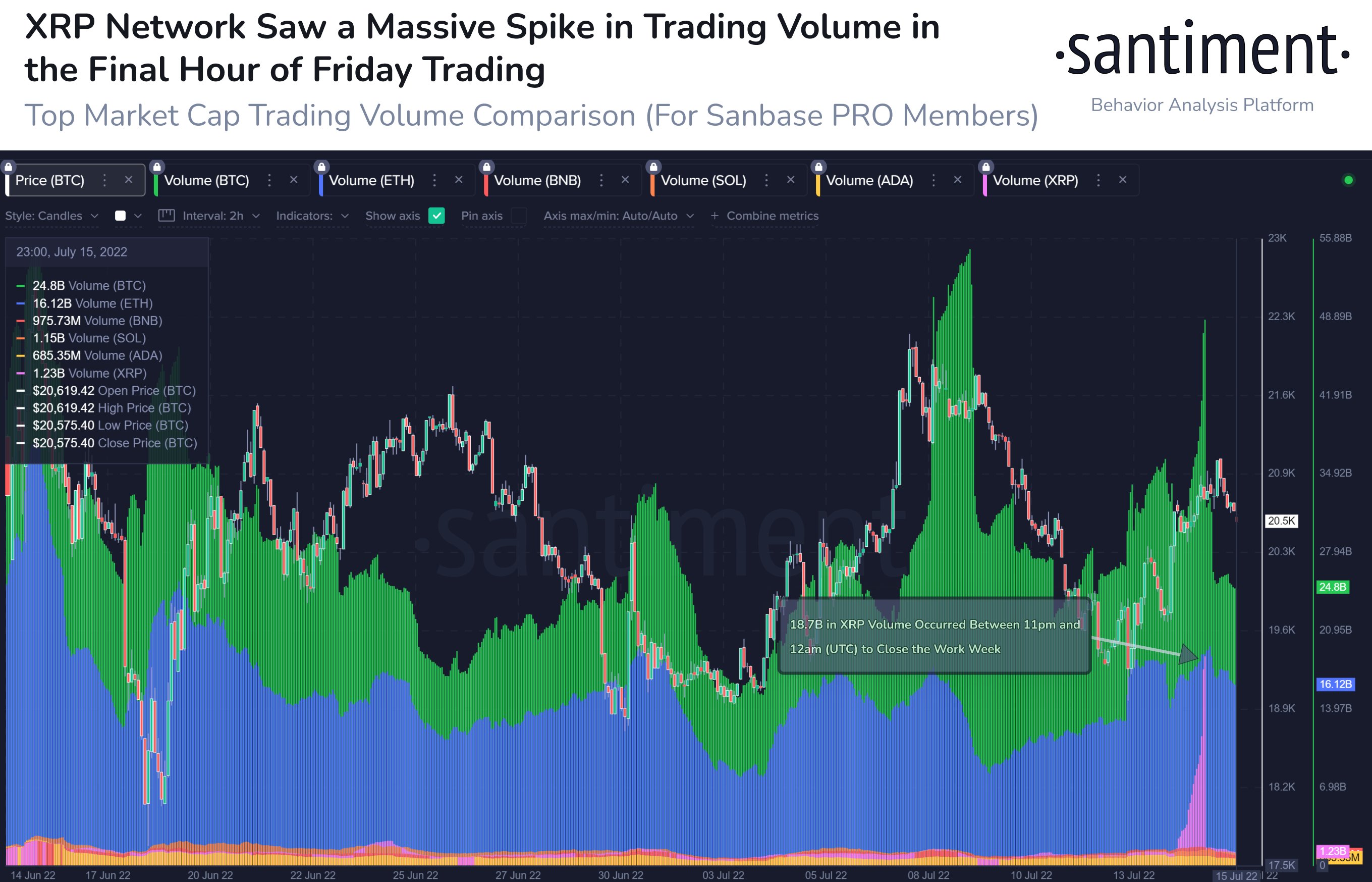 However, the token’s typical trading volume is no more than 1.5 billion XRP, on par with its closest neighbors in terms of capitalization, such as BNB, SOL, and ADA.

Santiment’s post urged us to keep a close eye on the price of XRP, which may have been unusually active due to an abnormal increase in the trading volume. However, nothing has happened, except for a 5% increase in XRP since Friday, which is generally within normal limits.

Rumors about Jed McCaleb’s alleged influence on such a phenomenon are unlikely to be true. Even though the former Ripple official has stopped the process of selling off his XRP and kept a small portion of the tokens as an investment, such volumes would not have been enough to inflate trading by more than 1,200%.

Good news for XRP ahead? Maybe it was a sign of insider trading or a test run for some corporate or banking project on the XRP network, especially since Ripple works with such institutions. It seems to be a positive sign, given that the jump occurred at the bottom of the XRP price. It will be worthwhile to keep an eye on XRPL and Ripple activity now to avoid any news that could explain this anomaly.