Home News Bitcoin price fell for a fifth straight day, maybe the market has not reached a bottom

Bitcoin price slumped for the fifth consecutive day and was changing hands at around $19,700, down 4.3% over the past 24 hours. Some analysts believe Bitcoin’s recent dips below $20,000 show the price level is not as critical anymore. At the time of writing, BTC is changing hands at $19,497.

BTC fell for a fifth straight day, and traders are starting to worry that maybe the market has not reached a bottom, as some analysts were hoping as recently as last week. It might just be that there are still too many negative forces pushing prices lower.

“Very few would argue that 8 months of #crypto price retracements qualify as bearmarket conditions. That said, we’ve seen patterns of high mentions of peak bearishness happening after prices have fallen, and just before prices flatten out or reverse”, Santiment reported. 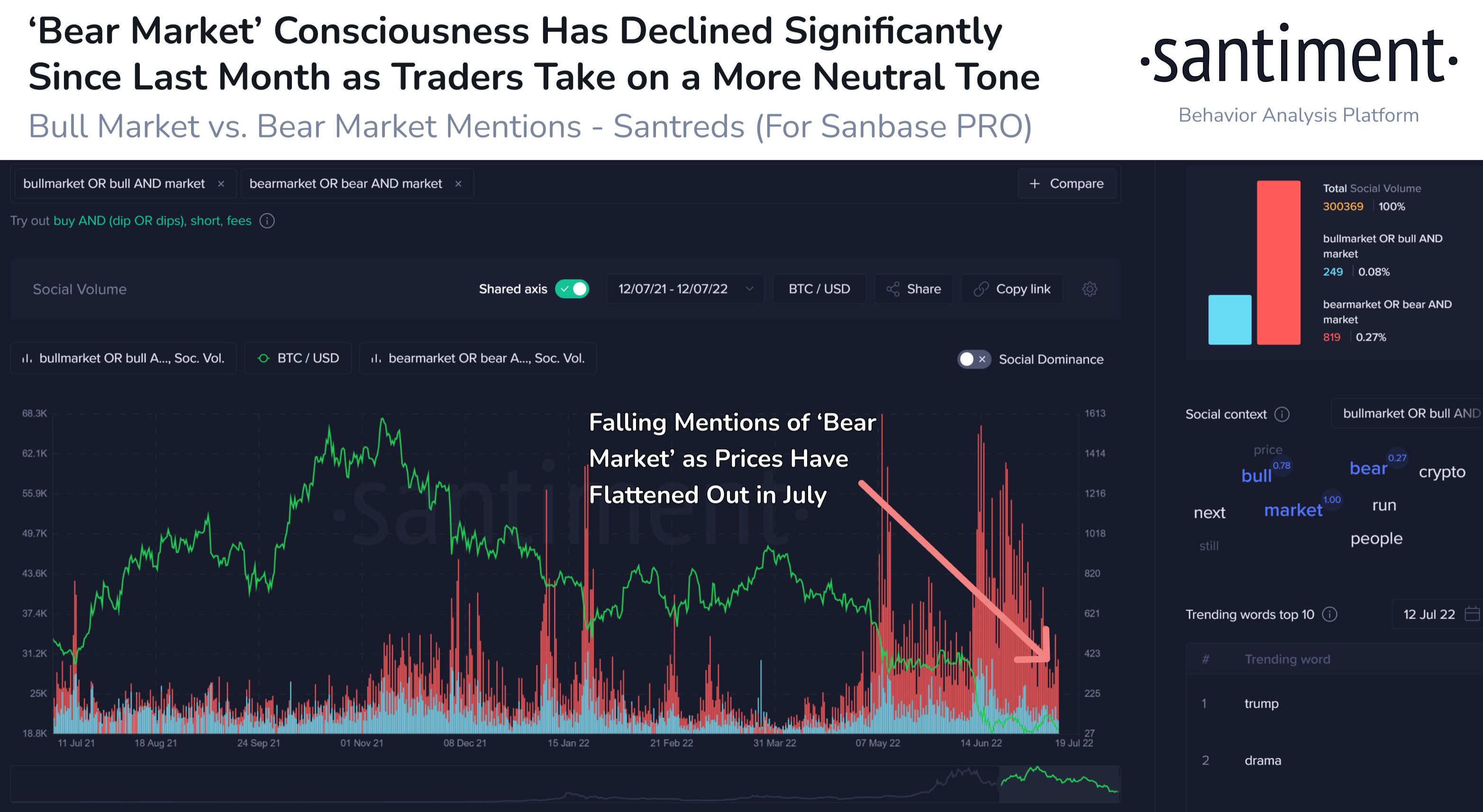 The Crypto Fear and Greed Index dropped six points to 16, the lowest in a week, but remains in the “extreme fear” category. Nearly all altcoins were down Tuesday, with ATOM declining by the most, down 11% over the past 24 hours. Ether (ETH) was down 7.8%.

The overall cryptocurrency market cap stands at $872 trillion, and Bitcoin’s dominance rate is 42.7%.