Bitcoin rested above $20,000 for a third consecutive day. The largest cryptocurrency by market capitalization was recently trading at about $20,600, up better than a percentage point. At the time of writing, the Bitcoin price is changing hands at $20,459.

Bitcoin price settles at $20,000 as Voyager files for bankruptcy

Bitcoin had plunged below the psychologically important barrier last week before a late weekend rally. Many analysts have adopted a clear-eyed view of the current crypto climate that has suffered the dual body blows of protocol fiascos and macroeconomic uncertainty. They do not see prices rising any time soon, barring an unexpected turn for the better in the ongoing battle with inflation.

“The average trader over the past 30 days has rebounded to a -3.5% return for BTC, +1.9% for ETH, +4.0% for BNB, and -2.9% for ADA. Generally, there is less risk being invested in assets where trader returns are still in the negative”, Santiment reported. 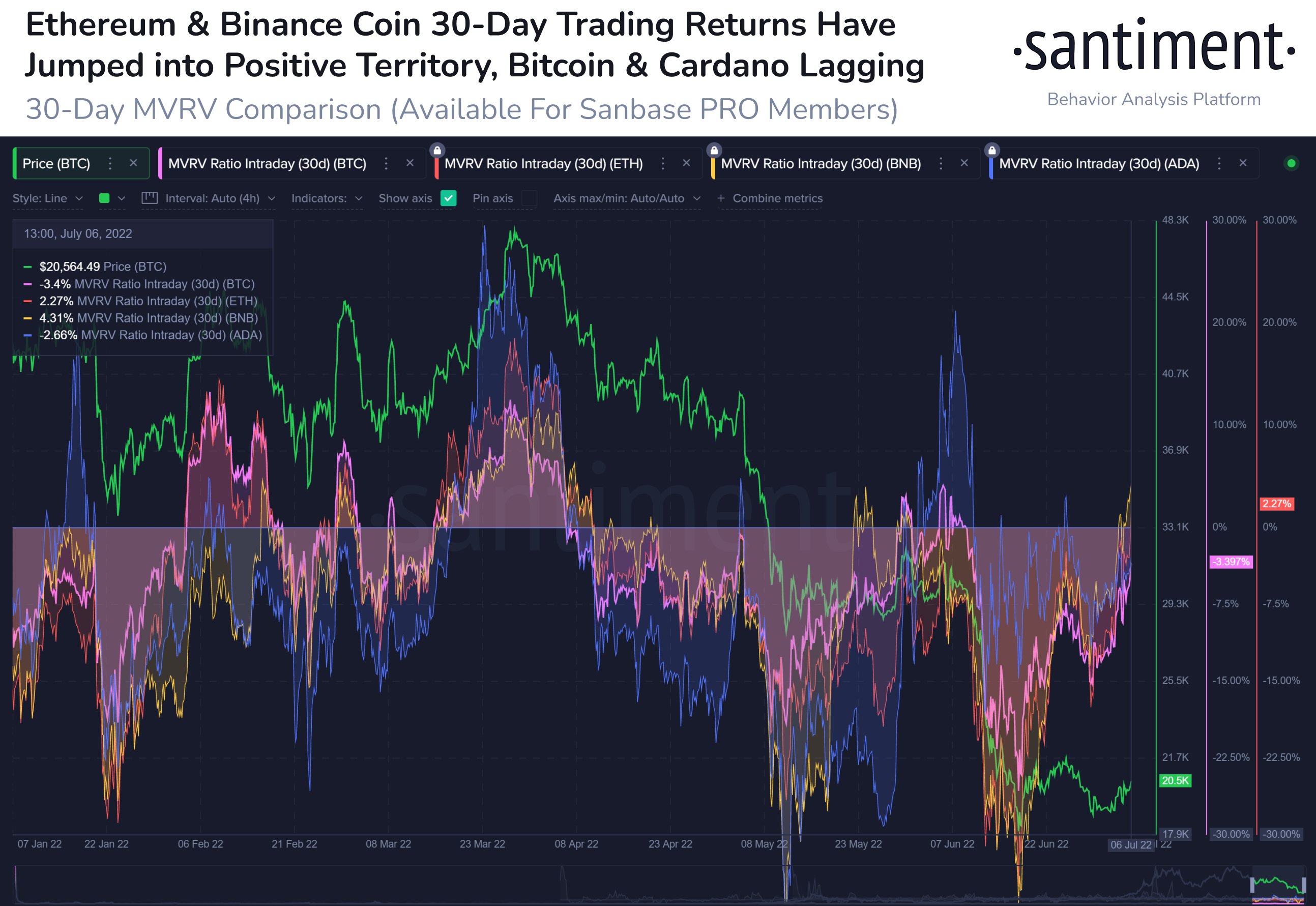 BTC leveled off to around $20,000, down 1% from its high of $20,720 the previous day. The oldest cryptocurrency has changed hands largely in the $18,000 to $21,000 range for most of the past month as investors gauge the impact of rising inflation and macroeconomic uncertainty.

The majority of altcoins were in the green with Avalanche’s AVAX leading the charts, up 5.5% in the last 24 hours. Ether, the second-largest crypto by market cap, was recently trading at roughly $1,190, up more than 5%. Other major cryptos also traded slightly higher with STORJ rising nearly 6% at one point and RUNE climbing more than 5%. Troubled crypto lenders CEL token dropped over 8%.

Crypto companies – and lenders in particular – have faced solvency issues in recent weeks, with several stopping customers from withdrawing their funds. Celsius started this trend last month, announcing in mid-June that it would suspend withdrawals. CoinLoan, CoinFLEX, and Voyager itself all announced restrictions or outright halts on withdrawals in recent days, Nikhilesh De and Danny Nelson reported Wednesday. Voyager’s VGX token plummeted to a low of 20 cents within hours of filing for bankruptcy and is now trading at around $0.21, 12% down in the last 24 hours.